What is WIRELESS CHARGING ROADS: How It Works 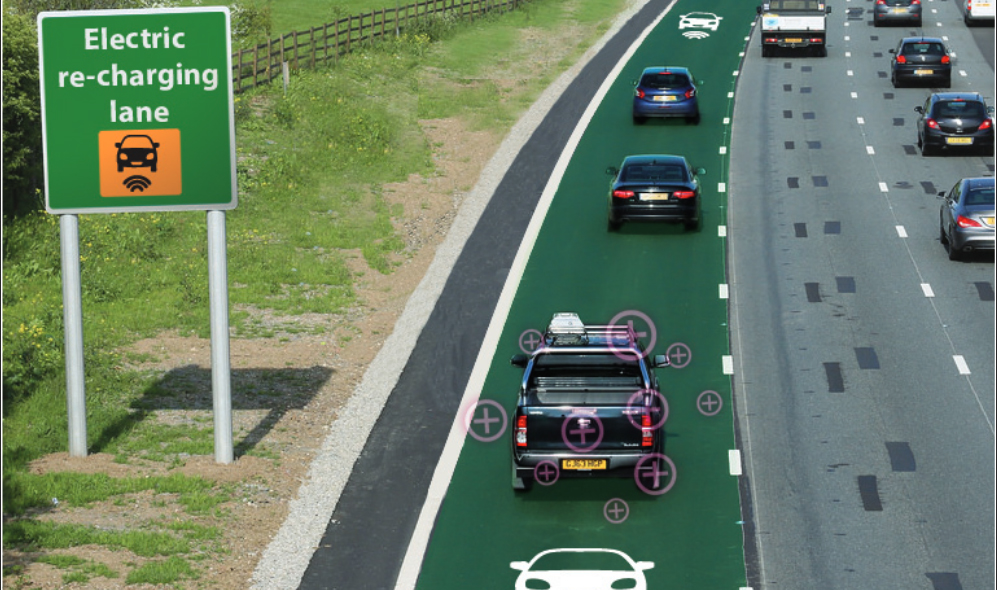 Transportation has always been an essential part of the human life; man has always needed to move from one place to another, right from the time of creation. The means by which he has been able to achieve ambulation has changed over the years, with its process and methods improving and taking on more complexity. Technology has played no small role in these series of advancement. The spate at which technology has changed and is changing the face of transportation can best be described as alarming.

A few decades ago, it would have been difficult to believe that cars could run on electricity, not to mention storing up that electricity in mobile batteries to power the vehicle. Fast forward to today, technology has been developedthat cuts out the need to stop by the road to recharge those batteries. Vehicles can now recharge their batteries on the move,astonishingly enough, by obtaining power wirelessly from the road.

Inductive charging is the science behind the phenomenon of wireless charging roads. Nicola Tesla first discovered this phenomenon in 1890 when he found out that it was possible to power lightbulbs wirelessly. Inductive charginghas since been incorporated in several devices from toothbrushes to mobile phones, and now as a charging system for electric vehicles.

To make a roadcapable of wirelessly charging vehicles, it has to be fitted with plates of copper, which receive power from inverters installed along the side of the road. The vehicles are also fitted with similar copper plates through which it receives electricity from the charged copper plates embedded in the road. Power is generated by the interaction of the two electromagnetic fields, from the vehicle and the road, when the vehicle moves over the charged strips of the road in any direction.

Even with this technology, electric vehicles still require a small battery on-board, this is to provide power on stretches of the road not yet fitted with wireless charging and because the vehicle would need a substantial amount of energy to move from a fixed position or for acceleration. The batteries would only be needed about 6 percent of the vehicle's running time, thereby allowing it to last as long as 25 years, in contrast with conventional ones, which are bulkier, heavier and last only about 6 years. This also implies reduced vehicle weight and elimination of emissions

As amazing as this technology of wirelessly charging vehicles is, there are still a few drawbacks to its full implementation such as, the expense of having to overhaul the road to outfit it with the necessary materials. Nevertheless, once the roads are "charged", it continuously serves any properly equipped vehicle which in the long run, is a cost cutting quality. Another challenge that might result from the implementation of this technology is the issue of how to bill road users for the power consumed on the roads.

Major countries such as South Korea and Israel are already investing in this technology and running tests to gauge its feasibility and benefits. An Israeli start-up company,ElectRoad has completed its first round of testing and are working on installing a public bus route in Tel Aviv. However, South Korea has already outfitted several bus routes around the country with the wireless charging technology. A company in France called Qualcomm Technologies is also working on the same system which it has termed Dynamic Electric Vehicle Charging (DEVC).

The three biggest obstacles to the complete assimilation of battery-powered vehicles into the transport system ? cost, weight and range could easily be tackled with the adoption of this road-charging technology.Wireless charging improves convenience, by eliminating the need for bulky batteries on vehicles or increasing the distance coverable by vehicles with bulky batteries. A planned improvement to wireless technology is the possibility of reversing the technology, so that electricity can be generated from the movement and braking of vehicles on the road and even the sharing of energy between vehicles.

At this rate of innovation and development of the road and transport system, the journey ahead promises to be smooth and the horizon is bright.

Getting any Errors while coding? Ask us on our new Forum:

Why does everyone hate Java?
How much JavaScript to learn for Web Development
How to Convert EPOCH to Date in Java