How can AI help in solving unsolved crimes?


Artificial Intelligence has been taking over the technological world by leaps and bounds. Today, it has found usage in all sectors possible. What has been the paradigm shift here is the usage of AI in solving unsolved crimes. We all know that AI provides methods for facial recognition, deployment of resources and providing routes while traveling. All these benefits provided by AI come in handy while solving unsolved crimes.

In addition to that, Dr. Matteo Gallidabino, Senior Lecturer in Forensic Science at Northumbria University, working with colleagues at King's College London and the Universities of Lausanne, Santiago de Compostela and Rome (La Sapienza), have revealed that AI can be used to determine the form of ammunition and ultimately which weapon or gun was used by gauging the residue left behind. In addition to that, a lot of algorithms are used in case of machine learning, which is a part of AI, to model complex data available. All these new trends are fueling the prospects of AI being used to solve unsolved crimes. 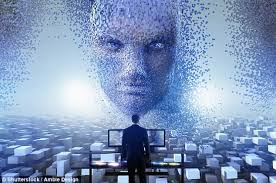 Recently, an unsolved, high-profile case from 1972 called the Bloody Sunday killings was reopened. Using AI to receive information on the murder weapon used by examining the residue, the investigators have reached a substantial conclusion to conclude the case. In addition to that, machine learning plays a pivotal role in the forensic analysis and like it has been mentioned earlier, AI aids in facial recognition too. The combination of the two of these technologies can effectively help in getting more details on the criminals and that too in a rather easy and quick manner.

With all these facilities and benefits by AI available at the tips of our fingers, it is very much useful by implementing AI for solving unsolved crimes.